Prawn and Oats
Categories About me

I made this super-autumnal recipe up. It showcases how the tougher cut of pork shoulder, normally stewed or slow roasted, is an equally tender but far more cost-effective alternative to a rib chop if treated to a long bath in hot water. It also allows you to do much of the prep work beforehand, so it’s a great dinner party recipe. As you can see, the meat comes out a little pink, which I find creates a unbeatably moist chop, but if you prefer you can cook the pork at 65°C for a more traditional white colour and drier texture. 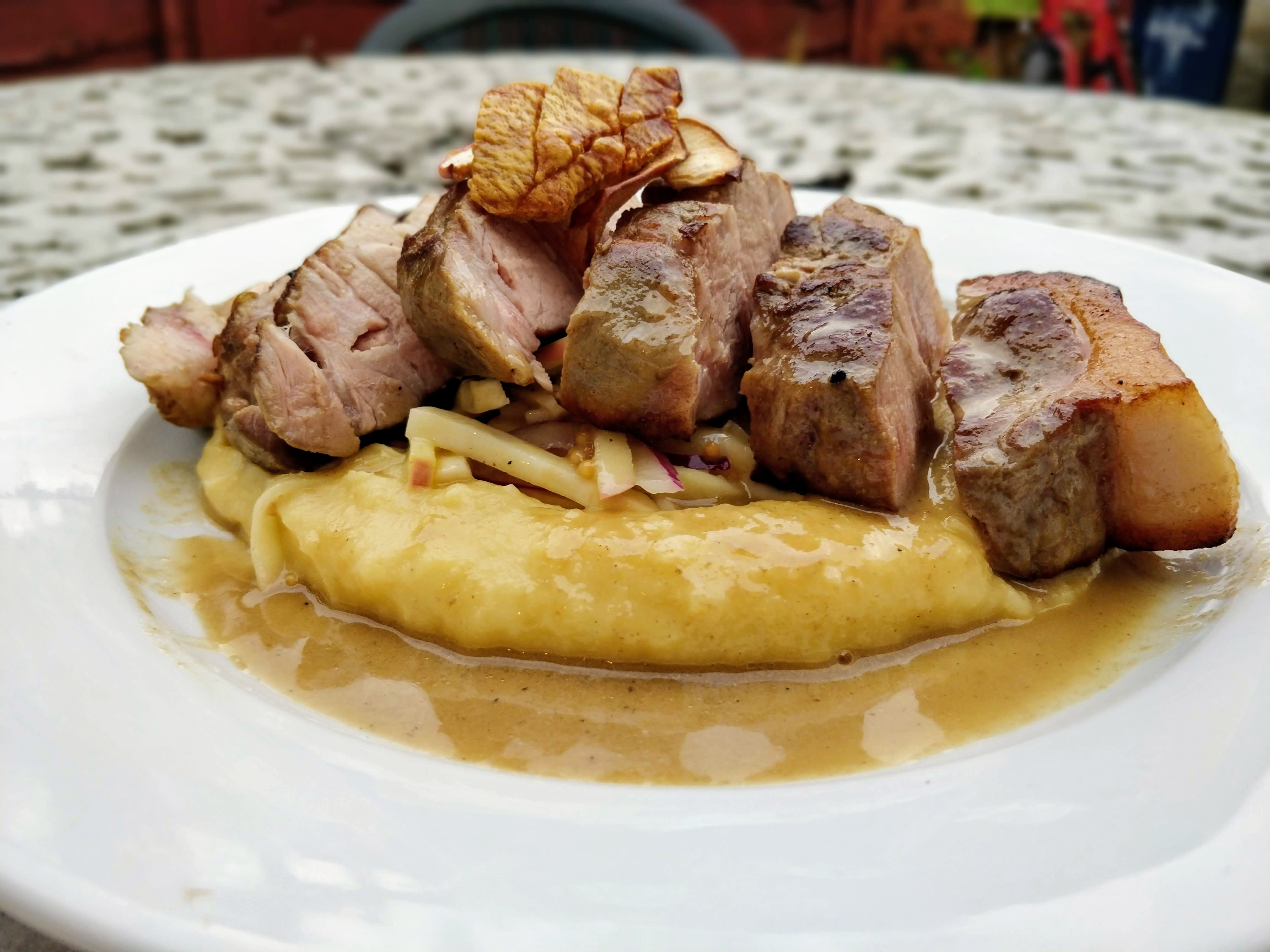